Back in the Day: ‘All the King’s Men’ the king of movies, filmed in Fairfield/Suisun 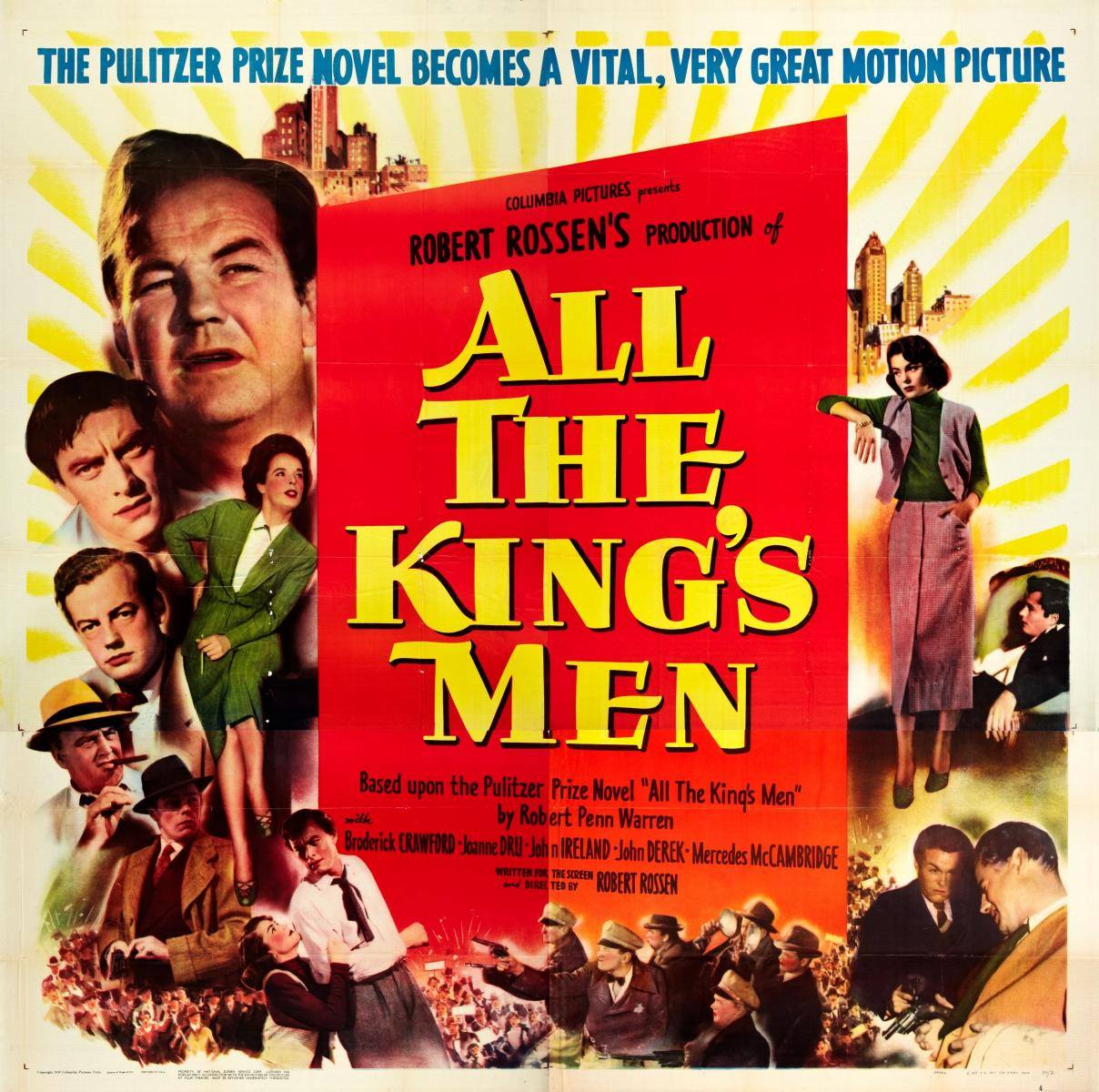 The following Back in the Day article was originally published in the Fairfield Daily Republic on May 29, 2015

The local gold standard, however, has to be the 1949 film noir adaptation of Robert Penn Warren’s Pulitzer Prize-winning novel about personal and political corruption, “All the King’s Men.”
The film, loosely based on the story of real-life “Kingfish” Louisiana Gov. Huey P. Long, is basically about a seemingly ordinary “man of the people” getting swept into political office and becoming a ruthless demagogue.

The black-and-white film hits all the right notes and its foundation is the wonderful source material by novelist/critic/scholar/United States Poet Laureate Robert Penn Warren.

Robert Rossen wrote the screenplay and also produced and directed the film. Rossen’s first choice to play the star of the movie, Willie Stark, was John Wayne. The Duke angrily turned down the role as he felt the script was unpatriotic.

Broderick Crawford, who had done supporting roles up until that time, was cast as Stark and plunged headfirst into the role. His portrayal paid off as he captured the Best Actor Oscar in the 1950 Academy Awards.

Mercedes McCambridge, in her film debut as brash, complex and compelling Sadie Burke, gave a riveting performance. She was in 28 scenes and her total onscreen time was about 21 minutes in the 109 minute film, but she also won an Oscar – for Best Supporting Actress.

McCambridge later provided the guttural, otherworldly voice of the demon Pazuzu that possessed Linda Blair’s character in 1973’s “The Exorcist.”

John Ireland, who starred as reporter Jack Burden, was nominated for Best Supporting Actor, but did not take home the statuette. Joanne Dru (elder sister of “Hollywood Squares” host Peter Marshall) turned in a fine performance as Anne Stanton.

Parts of the film were shot in Suisun City, Fairfield, Stockton and other locales. Rossen made the then-unheard-of decision to use local folk as extras.

The old Suisun Plaza, that used to be the spot for Fourth of July festivities back when, is clearly identifiable in a scene near the beginning of the film. In the scene, Stark is speaking to a crowd of people and is told by an officer that he is not allowed to do so as per a city ordinance. Stark then tells his son (played by a young John Derek) to pass out handbills after being told that, too, was illegal, and he is arrested.

A.C. Tillman was the sheriff of Suisun City at that time and plays the officer that warns, then arrests, Stark. Tillman has an Internet Movie Database (IMDb) credit for the role. 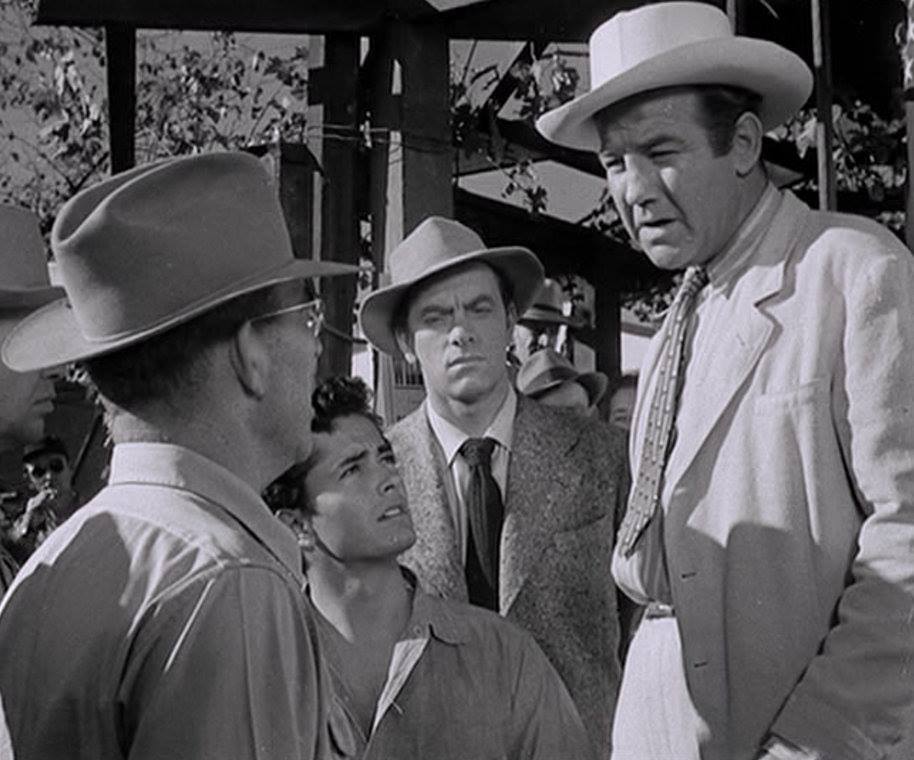 Willie Stark’s house in the film was one owned by Richard Oliver and was located on Tabor Avenue across the street from where the old water tower used to be. The filmmakers took photos of the interior of the house, then built sets inside the M & M Skateway in Suisun City (located near the present-day Athenian Grill).

Will Wright, a well-known character actor, played Dolph Pillsbury in the film. Wright appeared in more than 200 films and had a recurring role as skinflint store owner Ben Weaver in TV’s “The Andy Griffith Show.” He is buried in the Suisun-Fairfield cemetery on Union Avenue.

The old Crystal Elementary School is shown in a pivotal scene and the teacher in the class was a Mrs. Hindman. She and her husband (who is also in the film) later owned Hindman’s Antique Store in Suisun City.

Many locals met and took pictures with and got autographs from the film’s stars. It was heady stuff to have a Columbia Pictures movie being produced here.

There is a display about the film at the Solano History Exploration Center in Suisun City’s Lawler House and it is available from the Solano County Library.

The United States National Film Registry of the Library of Congress chose the film for preservation in 2001 as it was deemed to be “culturally, historically or aesthetically significant.”

In addition to the Academy Awards won by Crawford and McCambridge,”All the King’s Men” also took home the 1950 Oscar for Best Picture.