The History of the Lincoln Highway

Fairfield is apart of the Lincoln Highways History, many generations of homestead create an abundance of  great wines, fresh local produce and incredible places to visit.

The idea of the Lincoln Highway came from the fertile mind of Carl Fisher, the man also responsible for the Indianapolis Motor Speedway and Miami Beach. With help from fellow industrialists Frank Seiberling and Henry Joy, an improved, hard-surfaced road was envisioned that would stretch almost 3400 miles from coast to coast, New York to San Francisco, over the shortest practical route.

The Lincoln Highway Association was created in 1913 to promote the road using private and corporate donations. The idea was embraced by an enthusiastic public, and many other named roads across the country followed.

Americans' enthusiasm for good roads led to the involvement of the federal government in building roads and the creation of numbered U.S. routes in the 1920s. The Federal Highway Administration and the Interstate Highway System are the culmination of these efforts. 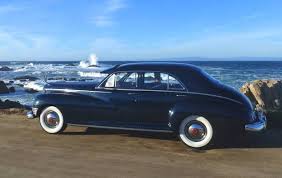